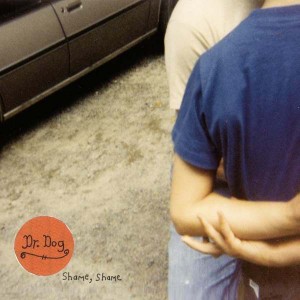 I’ll just say to reassure a few of you that today’s record is not a rap album – despite what images the title may conjure. What it is exactly…well you’ll have to listen for yourself. Today’s act comes from West Grove , Pennsylvania ….and today’s album actually reached # 44 on the US charts when it was released in 2010.

Read about the band here: http://en.wikipedia.org/wiki/Dr._Dog
Fun Facts: The band hoped to more accurately recreate the energy of their live shows on the album. “We were taking those experience on stage as reference points, rather than shedding them when we go into the studio, which is what we would always do,” co-frontman Scott McMicken said. “We chose a batch of songs that are a little darker, or a little bit more heart-on-your-sleeve kind of stuff.”[3]

Dr. Dog-Shame, Shame (10/2)  These guys are good in concert, they are the audio picture of mediocrity on record. Bummer. 3.0

Preconceived Notions:  I thought this was rap when I read it on the playlist, but the wiki says they’re some type of indie rock act.  Can we go back to rap please?  I don’t know, we’ve seen so many low-fi indie rock acts lately that although there are some moderate highs there have been an onslaught of disappointing listens.  Here’s to hoping this isn’t one of them…

After Listening: I didn’t expect the psychedelic 60’s influences on here….and they’re pretty faithfully recreated.  (as opposed to MGMT-who I like overall, but whose “psychedelic” elements are often terribly generic and forced).  I have to give these guys credit that at least half of this album sounds like an album recorded by the hippies for the hippies in the 60’s.  It’s not so much a low-fi album (thank ye gods) as it is an analog album which is a good thing.  Guitar tones are ripped from the fenders of the mid 60’s, and keyboards and other ambient sounds are that special blend of jam rock, and a nearly classical construction.  That all said, it’s basically faithfully recreating a genre I never really cared for.  Vocals are passable, and there are a few moments when the music isn’t quite as sleepy as on the rest of the thing.  It isn’t an unpleasant listen, but the latter half of the album seems to slip all too comfortable into the jam without much substance.

Favorite Track: Unbearable Why – This one actually has a little modern pop influence to it, and keeps the beat moving.  The hooks are clean and that makes the contrast with the echoy droning chorus all the more intriguing. More of the album should’ve aspired to this blend…a hint of modern construction can go a long way to making something your own.

Overall 2.53  Blah central as far as my individual interests go.  I can understand a band being passionate about a style or era about music and letting it influence them, and they do a good job of embracing the music they love.  The blend of 60’s elements with more modern pop and rock elements is not executed as well or as often however, and that really saps the strength of this. It’s true that at least it’s a different direction than a lot of the bands get slapped with an indie label, or lo-fi….but it’s a direction pretty well covered by previous generations and this iteration is neither particularly innovative or well crafted.