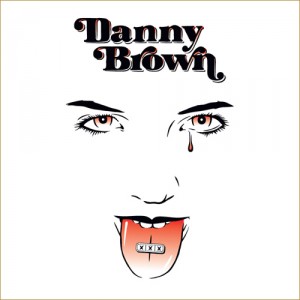 Today’s selection probably isn’t going to get many of you rushing back to RC participation, however it is the next one up on the docket. And it’s also incredibly relevant as the artist just dropped 1st single from his new album 2 days ago – so if you listen and you do like this, there’s some new stuff being pressed this very week.  Today’s album was a 2011 release that has mixtape qualities about it-with various producers, but is a cohesive album.   Detroit ’s own…

What makes this album “indie hip hop”, as opposed to regular hip hop? Is it because it’s not selling? It’s a novelty record as skillful as Luther Campbell (Is it just coincidence that several tracks are produced by someone using the handle “SKYWLKR”?), notable only for the indiecred referencing of prescription drug abuse, 90s altrockers, and PBR. Pabst Blue Ribbon? Wait, is this Frank Booth’s missing mixtape? Perhaps someone decided hip-hop needed it’s own Tenacious D but forgot to make it funny.

According to the wiki, DNA marks the beginning of the concept in this concept album. So the adolescent posturing and bullshit of the twelve previous tracks were all for naught? OK, you have seven tracks to redeem this obnoxious waste of my time…

…And you do it with a Lifetime Move Channel/BET collaboration shot for Cinemax latenight? Fck that, pally. This is bullsht.

Dan Brown – XXX – The first song is undeniably awesome. I sing it acapella a lot. Monopoly is the perfect antidote to “Call Me Maybe”, i listen to it to cleanse my brain and ears every time i hear Carly Jupson. I like that Danny doesnt yap about how much money he has, or how awesome his car is. In fact he’ll tell you straight out he drives a chevy not a Bentley. However, this is an album club, and three AWESOME tracks does not a good album make. He gets a 3. One point for three good tracks. Nothing for all the filler stuff.

Preconceived Notions: I have absolutely no idea.  Which probably means it’s something I wouldn’t have sought out on my own.  This is either going to be an awesome surprise or the exact opposite of that.

As Listening: oh, it’s going to be like that huh?

Oh my god…is this serious right now…I already showered this morning and I’m pretty sure that wasn’t enough for this album.

I listened to “I Will” with the same thoughts going through my head as when I’m in that “I want to die” phase of exercising “just think about the time when this is over…you’ll be so much happier once this is over”.

Oh god, I’m really not sure I can finish this whole album.  I know that I’ve joked about that before, but this is honestly the most offensive thing I’ve ever heard in my life.  So if he wanted to “push” listeners well then, well done.

After Listening: Ok, I did make it through, but not willingly, not really.  Let’s start with the pros, because that’s easiest and makes me appear more benevolent towards this album than I really feel. The production is great, the beats aren’t terrible and Danny Brown’s “flow” for all of the seriousness with which a white suburban girl can make that phrase sound,  is impressive.  Now the cons.  I don’t give a shit about any of the above stuff because most of what is being spit out of his mouth is so foul that it made me want to smack him in the mouth with my ovarian tubes.  Maybe this is the reaction he wanted, nay, even predicted from people, or people like me.  Well I’m happy to oblige is the borderline repulsion of an album which I can’t really see any subtext of.  Is there a subtext at all?  Is this a study in irony?  Am I missing something?  Or is this really what it appears to be on the surface, which comes across as a nasally guy who uses the word “pussy” with such wild abandon that it loses any power and talks about degrading women in such a way that it makes me want to sign up for a study in feminism just so I can educate myself on how better to take this guy to task.  Maybe it is supposed to be mocking the rap culture with how highly into the territory of awful and unnerving it soars.  That doesn’t make it any easier to listen to, and it makes it all the more difficult to find anything to enjoy in the experiment.  I began the album cringing and then slowly moved from feeling embarrassed and dirty to being angry at how long this was all allowed to go on.  It’s too bad that “Fields” and “Scrap Or Die” are all the way at the end of the album because they’re the most tolerable and the most resonant.  “Scrap or Die” reminded me of what Thanksgiving would be like for characters on The Wire.  That thought of Bubbles was probably the most pleasant thing about this listen.  We’re living in a world where it’s becoming increasingly difficult to tell the difference between what’s earnest and what’s ironic and I can’t figure out if either of those motivations would be enough of an excuse for me to have to listen to this again.  I don’t think they would be.  I’m a forgiving person, but I can only listen to so many lines about cum shots before I really think, “nope, I’m done with this”.  I would apologize for sounding like a prude, but the truth is, I’m not sorry.  The human race, even at its worst, is more deserving of better musical output.  The fact that this album has been lauded and put on lists is astounding to me.