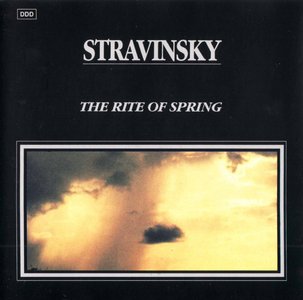 Something different in the works today, which debuted in May of the blissful spring of 1913  We gonna get our “art” music on.

Igor Stranvinsky – The Rite of Spring

Listen to it here: http://grooveshark.com/#!/playlist/Igor+Stravinsky+Rite+Of+Spring/67058600

Read about it here: http://en.wikipedia.org/wiki/The_Rite_of_Spring#Premiere

I do highly suggest reading at least a little about this piece, for quick facts I can tell you this was music to accompany a ballet and

The première involved one of the most famous classical music riots in history. The intensely rhythmic score and primitive scenario and choreography shocked the audience that was accustomed to the elegant conventions of classical ballet.

The evening’s program began with another Stravinsky piece entitled “Les Sylphides.” This was followed by, “The Rite of Spring”. The complex music and violent dance steps depicting fertility rites first drew catcalls and whistles from the crowd. At the start, some members of the audience began to boo loudly. There were loud arguments in the audience between supporters and opponents of the work. These were soon followed by shouts and fistfights in the aisles. The unrest in the audience eventually degenerated into a riot. The Paris police arrived by intermission, but they restored only limited order. Chaos reigned for the remainder of the performance.[6] Stravinsky had called for a bassoon to play higher in its range than anyone else had ever done. Fellow composer Camille Saint-Saëns famously stormed out of the première allegedly infuriated over the misuse of the bassoon in the ballet’s opening bars (though Stravinsky later said “I do not know who invented the story that he was present at, but soon walked out of, the première.” [7]). Stravinsky ran backstage, where Diaghilev was turning the lights on and off in an attempt to try to calm the audience.

With art music the conductor and the orchestra can make a lot of difference…unfortunately with grooveshark’s labeling system I have had an nearly impossible time giving credit to these performers….I did do an extensive search to find performances from the same group and the “best” one I could find.