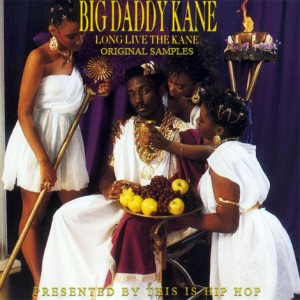 Today’s selection is from 1988, and from the artist Antonio Hardy-or as you may know him Big Daddy Kane.

Read about it here: http://en.wikipedia.org/wiki/Long_Live_the_Kane

Fun Fact:  During the early 1990s, Jay-Z is known to have been Big Daddy Kane’s hype man, and Kane helped him early on in his career – Ice-T says, “I actually met Jay-Z with Kane. Kane brought Jay-Z over to my house”.[2] Kane himself says that Jay-Z wasn’t technically his hypeman in the true sense of the term –“he wasn’t a hypeman, he basically made cameo appearances on stage. When I would leave the stage to go change outfits, I would bring out Jay-Z and Positive K and let them freestyle until I came back to the stage.