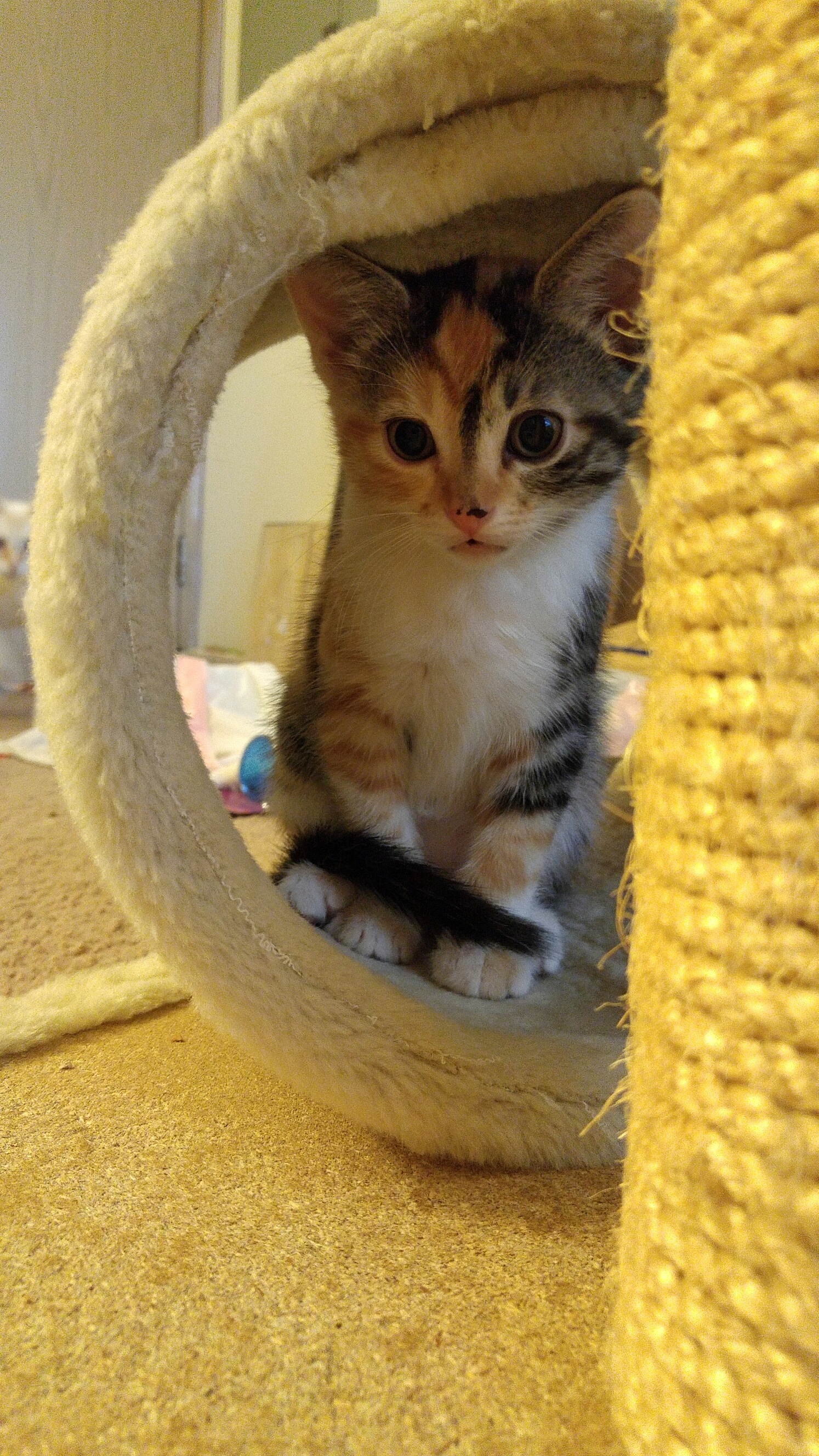 October 8 2015, 9:20pm: Dent arrives to the apartment. We cuddle for a few minutes and then she is settled in the bathroom to get used to a smaller area of the apartment. Baird and I go to the bar with Dani and Patchree.
11:45pm: Baird and I return. Dent is huddled in a corner behind the toilet. I pee, flush and her eyes go anime wide. I pick her up and try to soothe her. Obviously she fears I am going to devour her. I fear I will dissolve her with kisses.

October 9 2015, Some ungodly time in the morning: Dent is crying every time the backup fan kicks in. I bring a light in that does not make a sound.
5:44am: Dent has been crying in the bathroom for the last 45 minutes. I went in to sit with her, but she hid behind the toilet and stared at me. I returned to bed and she had learned that mini mew cries sound much more heart-wrenching when she shoved her face close to the bottom of the door.

I will never sleep again. 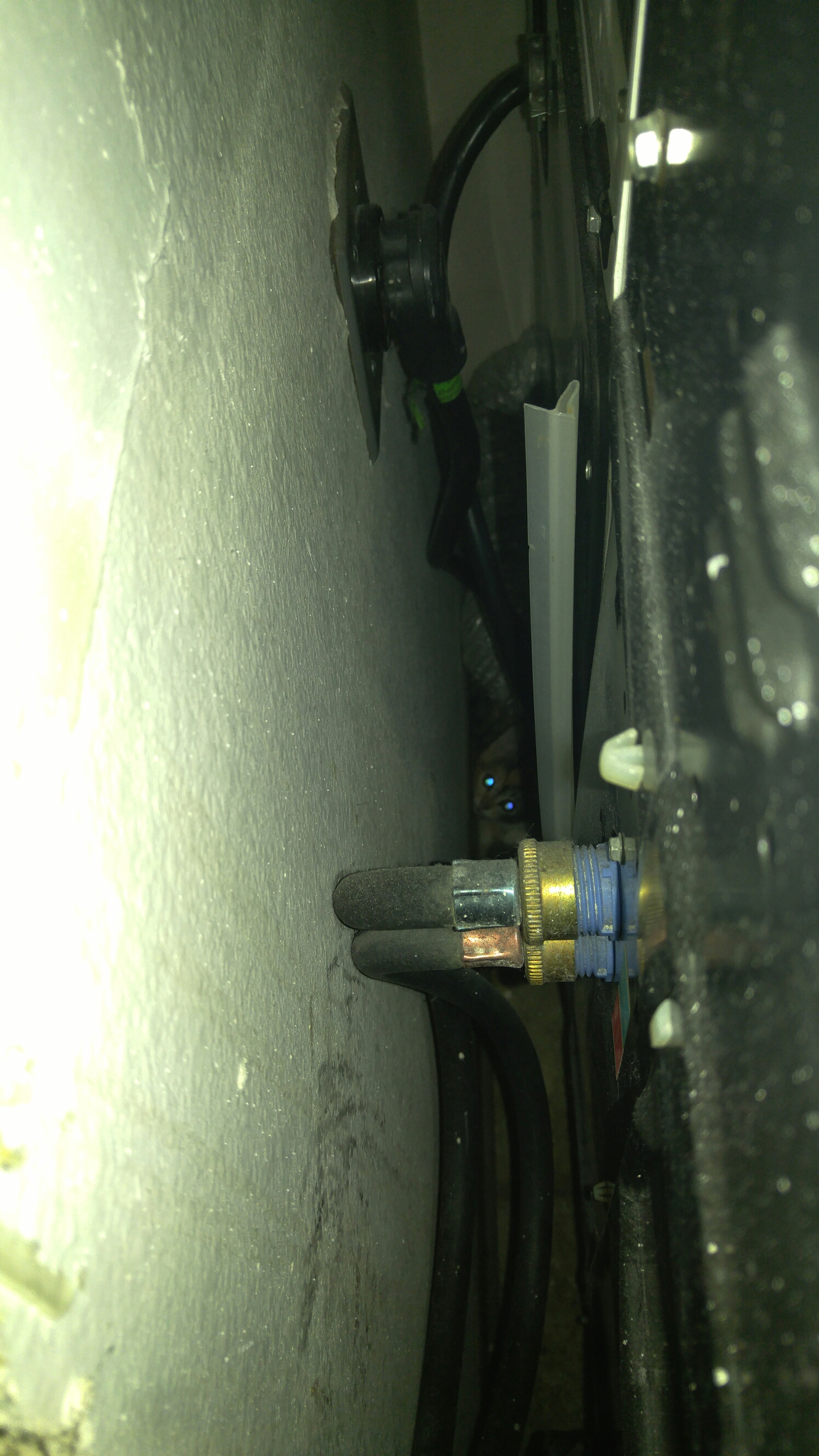