Mike: Coming Soon – The World Gets One Step Closer To a Working Tricorder http://gizmodo.com/5897395/the-world-gets-one-step-closer-to-a-working-tricorder

Josh: This has been out for years. 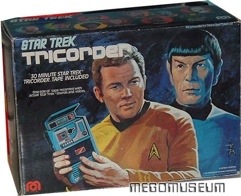 Mike: Here’s some nerdgasm for you… http://en.wikipedia.org/wiki/Trilithium
List of fictional elements, materials, isotopes and atomic particles

Josh: I thought adamantium was an element for a good ten years.

Marissa: I won’t care about any of this until I can either have a real live Ewok butler whom I’ll name Rolf and who will only respond to everything with Yub Yub, or I can take light saber lessons and get certified, even if I have to wait 3 months for my purple light saber

Seth: Have you ever considered what Ewoks must smell like?

Mike: Or that they eat human flesh?

Seth: Which makes them even gassier.

Marissa: Can’t be worse than what a bird must smell like. I’ll just demand that Rolf bathe at least twice a week. I mean he’ll be an indoor ewok, so I really feel like the smell won’t be terrible.
Rolf won’t eat human flesh… or maybe I’ll make a deal a local hospital. You guys are really overthinking this.

Josh: You’re the one with a cadaver plan already worked out.

Marissa: Everyone should have a cadaver planned worked out! If you don’t already, I don’t want you on my zombie survival team

Mike: A pet is a responsibility lady, it’s possible you’re underthinking it.

Marissa: Trust me, I understand the responsibility. That knowledge is the only reason I haven’t relieved a local shelter of some awesome animal yet. But by the time Ewoks are here, hopefully I’ll be in a more financially suitable position. I might even get two..they’re social creatures and I think we all know what happens when you separate one from another.
Ewoks are totally litterbox trainable…I’ll just have a Port-A-Box outside

Seth: Make sure your Ewok groomer clips around the tail.

Mike: Are you even zoned for ewoks? Do you know your town ordinances?

Seth: Come to think of it, if Ridley Scott replaced the xenomorphs with Ewoks I would definitely pay to see Prometheus in 3d.

Ali: THERE IS SO MUCH NERD HAPPENING RIGHT NOW I AM TOO EXCITED TO EVEN WORK*!!