Okay so I just wrote a blog post and said that I haven’t yet mastered the art of flight.

After all of the coffee I have sipped today I’m pretty sure I can take flight. Then I started thinking that if I can fly, I definitly need a cape. Then I wondered if a cape was aerodynamically necessary.

Okay, so maybe a cape isn’t necessary for flight. I mean, some of the coolest comicbook characters had capes. Batman, Superman, Magneto… All capes. They were all pretty badass. Is the secret to flight? Capes? Is it the Samson/Delilah conundrum? If I were to steal Magneto’s cape, would he lose the ability to fly? Probably not. He would just have to adjust to the difference in wind resistance. 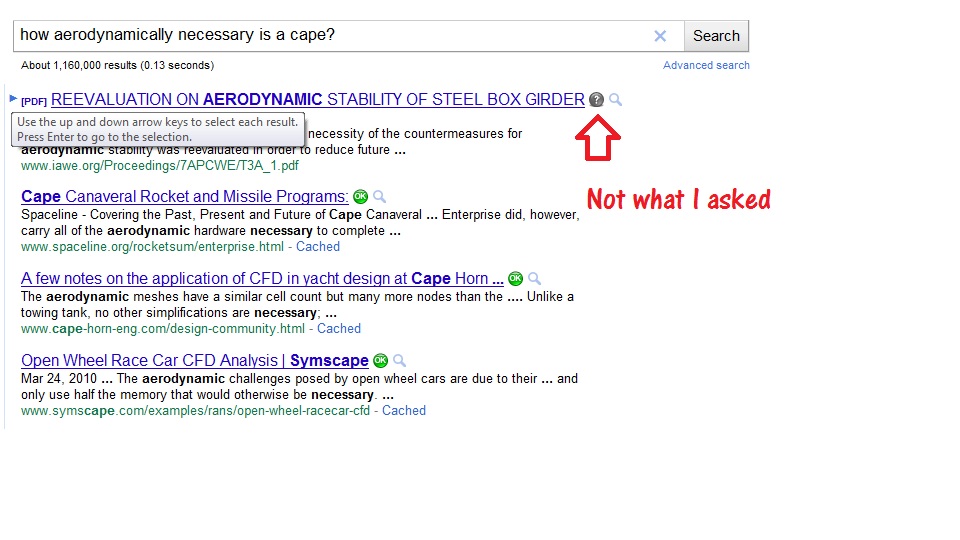 Come on internet! Work! I want to see how necessary it would be. I think that if it was absolutely essential to have a cape then planes and helicopters would have capes. But if a helicopter had a cape it might get caught up in the whirly thing at the top and putting a cape at the bottom is essentially giving a helicopter a loincloth.

Come to think of it, Tarzan wore a loincloth and he did pretty well swinging through the trees. But that’s not flight. That’s just swinging. That is cheating. Tarzan is a dick.

I think flying squirrels use their excess arm skin to fly, but that’s a genetic disfigurement to give them flesh wings. I think if I lose enough weight and don’t tone my arms I can probably create human flesh wings, but that is probably something that people would talk about. “Did you see that girl with the flabby arms? Is she TRYING to fly?”

Yes you judgemental pricks. That’s exactly why I have flabby arms. I want to fly.

Okay now I want to cry and eat something. That brings me to the conclusion that gaining a bunch of weight so that I can work on the flabby arm skin is a bad idea. Until society is cool with a former fat girl flying in the air using her remarkable arm flab as wind resistance, I think I should really pick up those weights and start working on that.

Maybe it would be cheaper (and healthier) in the long run to buy rocket boots. It’s 2011, those should be available in the next four years. But the Mayans ended the world at 2012 so it’ll be three years too late.

Of course, maybe the Mayans were just recording when the part of society that hates flabby arms will die out and everyone will be traveling by air.

I have conquered land and sea. Now to work on air. I’m like Peter Pan without those girly tights.

OH CRAP! Tights! Where can I buy flying tights?