I promise you guys I will write an ACTUAL blog post soon, but I had to share this because it is just so awesome.

Today, the Record Club is reviewing Clutch – Robot Hive/Exodus. Due to the backlog of Season One, the reviews will not post until 8/22. Yes, I’ve done the math and set up scheduled posts for cranialspasm.com/recordclub … You know what? I don’t need to defend myself. I’m neurotic, but at least I make use of it in a productive way!

Anyways, after the reviewing we occasionally have discussions. I decided to share this one because it was so amazing I am still laughing about it.

Seth: I’m listening to Blast Tyrant now. I like it less than Robot Hive but it’s still good.
Mike: Basically they get more rock and jam oriented with age, more spacey metal with their young stuff. The consistency is lyrically based.
Paul: “Spacey Metal” 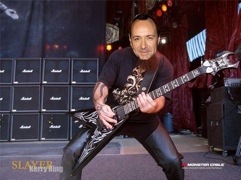 Marissa: Ok….this picture is clearly the reason I got up today
Ali: Things like this that make some sports talk okay on occasion.
DON’T YOU DARE TALK SPORTS NOW! THIS IS NOT THE OCCASION FOR SPORTS! 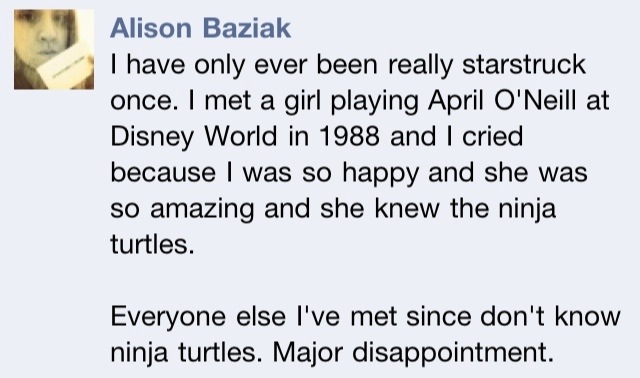 Ali: 🙁 I didn’t get to write today… Stupid stupid.

Seth: No story, no gumbo.

Ali: I’M SORRY! WIN THE LOTTO AND PAY ME TO WRITE IT!

Seth: No, I pay in gumbo.
If I win the lotto we are forming an arts colony that happens to own a bar.

Seth: My gumbo will keep you nourished and motivated, then the money comes when it starts selling.

Ali: I get worried when I don’t have any money.

Ali: So instead of giving me a steady allowance, you will cash all of your winnings into gold coins less what it will take for an operation that will allow you to breathe fire. You’re going to dragon horde your riches while I sit in abject poverty with random cardboard pieces with little bits of my story written on them in blood and feces.
… You, sir, are a monster.

Seth: No no no no!
Arts Colony that owns Bar! That’s not dragon-hoarding, it’s material, financial, moral, and alcohol support!

Ali: YOU ARE LEAVING ME WITH POOP AND BLOOD! Poop is the DEVIL’S fingerpaint!

Marissa: Oh and I was hanging out at pharmacies before listening to this album, and also have contemplated collecting taxidermy, but I was thinking more of starting with this piece, not owls….because owls always look like they’re watching me. I like my dead animals stuffed to look alive to look as dormant as possible: 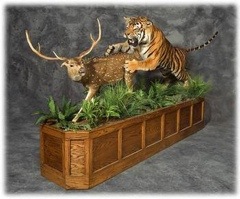 Marissa: Actually, I think I’ve really found the one that I want. This would make the mantle on any fireplace better…I also want to make them tiny Native American headdresses and garb because I like to be as offensive as possible to new guests. 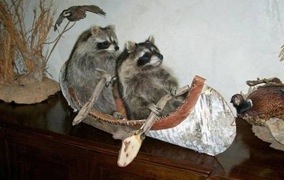 Marissa: In my mind, the inspiration for this piece came from the owners’ constant viewing of Pochahontas. 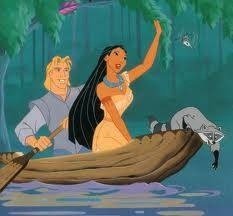 Seth: And the first was from Aladdin?
BTW, be sure your Google is set for strict safe search before you look for Disney tigers. It’s a sick world out there.

Seth: As the Native American in the RC, let me thank you for the blankets.

Seth: My oppressor half managed to oppress the Possamaquoddy and Irish fractions equally.

Marissa: But the good news is that his immune system is only HALF as susceptible to the pox

Seth: But between that and the potato blight… 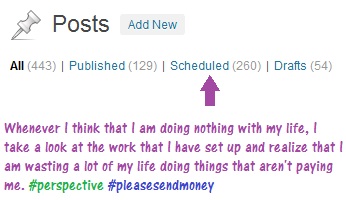 Today is Friday the 13th. Of course, Twitter and Facebook are full of attempted clever status updates about the spookyness of this date. Well… 13’s never been bad for me.

It turns out that 13 is either considered Lucky or Unlucky. I checked out wiki to see WHY it was associated with that specific number and here were the things that made me go “hmm… alright. I can understand how it was lucky or unlucky in the past.”

– Fear of the number 13 has a specifically recognized phobia, Triskaidekaphobia, a word which was coined in 1911. The superstitious sufferers of triskaidekaphobia try to avoid bad luck by keeping away from anything numbered or labelled thirteen. Many hotels and tall buildings omit a thirteenth floor.
– 13 turns (where the rope is wrapped around itself) make a traditional hangman’s noose. Anything less would not snap a neck. It was considered a “humane” noose… And that is ridiculous. There is nothing humane about watching a body dangle, especially when it doesn’t immediately snap the neck.
… Why have I even thought of this?
– At Jesus Christ’s last supper, there were thirteen people around the table. Google that painting and count it. Twelve apostles and Jesus. I’m guessing what happened to Jesus the following day was pretty unlucky.
– If a woman’s menstrual cycle is 28 days, 13 cycles will occur during the year. That’s unlucky for dudes, AMIRITE GUYZ???
(That’s “am I right” mom. I’m being cheeky)

– In a tarot card deck, XIII is the card of Death, usually picturing the Pale horse with its rider. However, the Death card doesn’t always mean death in a tarot reading. Oftentimes it can signify change.
Admittedly, I found more unlucky things than lucky things because I really don’t care about sports, Taylor Swift’s Birthday or a Megadeth album title.

It’s never been an unlucky number in my family. My grandmother, my brother, and I were all born on the 13th of various months. Thirteen is a child’s first twelve months as a teenager. Okay… Admittedly, that sucked.

I’m curious. For all of the people that have posted comments about it being Friday the Thirteenth, do they actually have a reason to feel it’s unlucky? Friday the 13th wasn’t considered a damnation day before the 19th century. I would think that unless you are being chased around by a soggy grey bobblehead of a child that died, resurfaced, tossed on a hockey mask and delivered watery vengeance against people… You’ll be alright. 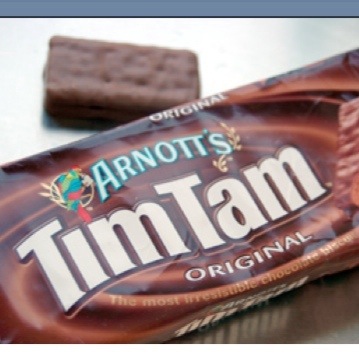 “Look Pepperidge Farm, I’m really fond of you. Imma let you finish, but Arnott’s
makes the best Tim Tam of all time.”

As much fun as the Record Club is when I am at work, they add me into the emails during my vacation time as well.

I have NO IDEA what brought this conversation about, but it made me laugh so I’m sharing it with you.

Seth: I lost count of the times I yelled “Fck YOU old man!” in high school.
Josh: You actually said “old man”? I thought that was just in movies.
Seth: We watched a lot of movies in the late 80s. They raised us. Don’t stand there in your He-Man panties and judge me, chief. We called people ‘chief” and “buddy” in the 80s too.
Josh: It’s 2012, Brogan. Get with the times.
Paul: Whatever, Brahman
Josh: Stay out of this, Senator Bro McCarthy.
Seth: That was a lame one, Bronan the Brobarian.
Josh: Brojecting…
Paul: 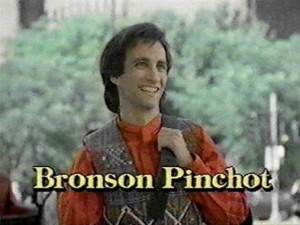 Josh: I can’t beat that.

Often times I think about my childhood, because I am incredibly self-involved (obviously, I have a blog and a youtube page and I love being on podcasts). It seems that everytime I think about going to toy stores as a child, one in particular always pops into my brain.

Child World. Sounds like magic, right? Well it was. The store was so enormous for my teeny self that whenever we entered, it felt like I had walked into an alternate reality. The best part of the store was that even though it was humongous, it also had a playscape in the middle. When I mention playscape, I’m sure a thousand Americans think “like McDonalds ball pit”?

In the center of Child World, there was an enormous jungle gym shaped like a castle where the entire thing was surrounded by fences. I’m sure that my parents dropped us off in their so they could get their shopping done, but I would always run around like a bold warrior who could also shoot fireballs from her hands.

I was like a witch. I remember that whenever my mom would take us out of there, I would cry because I thought it was going to go away.

One day, we drove by Child World and I was super excited that we were going. Horror overtook me as I saw the windows were dark and there was a sign. I couldn’t read it from so far away, but I knew that it was closed for good. I remember uttering a curse on that building that nothing there would last for very long.

From then on, that building has housed dozens of businesses that go belly up. I thought that they had broken my curse when Circuit City moved in, but the ENTIRE FRANCHISE went out of business.

The moral of this story?

Don’t fuck with me. I’m magic.

… but this toy was pretty mint.

You all know that my buddy sends me funny emails to make my days brighter. This came in this morning and made me laugh so hard, my ribs hurt.

He sends me THIS image: 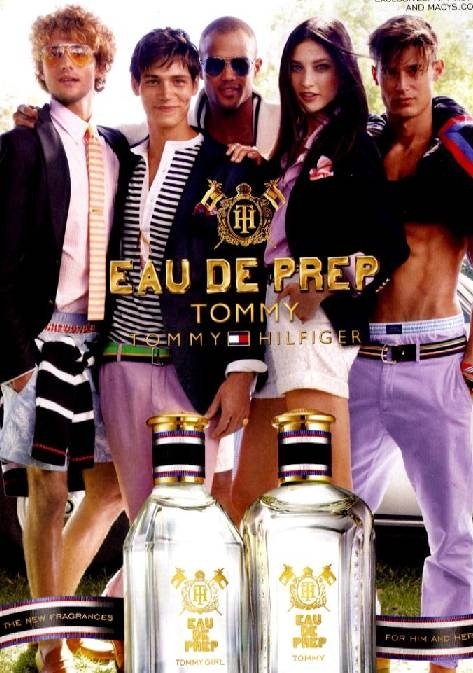 Followed by just this in the subject line: “Because Ed Hardy is for POOR d-bags.”

UPDATE!: He doctored the photo for me. 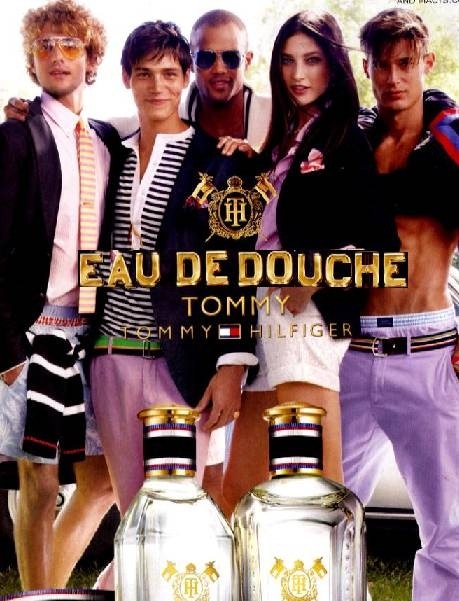