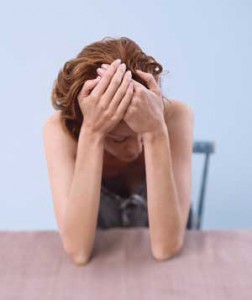 Obviously I have made it known to many that I am going to be migrating West in the summer. With that decision I have actually had several panic attacks. Am I making the right decision? What if I fail? What if I move out there and don’t make any friends?

The biggest panic attack that I have had in recent days has a lot to do with finding a job out there. When the majority of my classmates were continuing their education, I tried it and had a meltdown and ended my pursuit of structured education.

I have always been a person stimulated by intellectual pursuits, but the idea of having to focus on one thing has never been something that I was ultimately comfortable with. I didn’t want to work hard for a job that I ended up hating. Instead, I started a laundry list of jobs and such that would pay my bills while taking my own path to learn new things.

When I am given a rubric of things that I need to focus on and my interest is not met, I have a tendency of getting angry about the idea of spending my time on something that I am not passionate about. I could blame it on my generation with our crazy sense of entitlement, but that is a generalization that is not fair to people my age that knew what they wanted to do and followed through on their pursuit. In fact, I have a misguided sense of entitlement that whatever I want to do I should do and should be paid highly for it.

Sadly, the world doesn’t agree. I have recently joined LinkedIn and spent my lunch break one day looking through jobs that are currently available in the Portland area. As I clicked on jobs that interested me, I felt my anxiety grow. The requirements for so many of the positions required a degree in something that I wouldn’t have ever thought was a possible degree. Eventually it felt like a centaur had kicked me in the solar plexus.

My brain started to battle itself. In my head, it was like a part of my brain was an irritated douche and the meek reply I imagined was from that of a brow-beaten child that had failed and knew that they had done something wrong. The conversation went thusly.

KidBrain: “Oh, this is an awesome job. I’m going to check it out.”

DoucheBrain: “You’re not going to get it. You need to have a degree.”

KidBrain: “I know, but maybe they will…”

DoucheBrain: “Stop it. Stop living in your stupid little fantasy world. They are NOT going to hire you.”

KidBrain: “Yeah but I have all this experience with webpages and sound editing…”

DoucheBrain: “… that you cannot prove at all because you don’t have a piece of paper telling them that someone has already confirmed that you are capable.”

KidBrain: “Yeah… I thought I would be good on a ship.”

DoucheBrain: “And did they call you or contact you after your preliminary inquiry?”

DoucheBrain: “ What makes you think that anyone wants you to do anything?”

After awhile, KidBrain would just allow DoucheBrain to brow beat me into exhaustion and I would look for something to take my mind off of the stomping of hooves on my breastplate. My hands would be shaking from an argument that I hadn’t even had with someone else. I DIDN’T have a reason to feel that way. I had used nonsensical logic to incite a riot in my body.

When I have a panic attack, I tend to forget that I can go to someone when I’m having an issue. I KNOW that there are people that would be willing to help usher me through it, but during the stampeding centaur moments it rarely occurs to me. There used to be a place where I felt safe to admit that I wasn’t feeling great and needed help. The moment there was note that sharing that side of myself wasn’t welcome, I had the misguided notion that no one would be able to help me and I felt so very alone. Since that happened, I feel lost when I suffer through a panic attack.

I never wanted to be considered THAT GIRL or the butt of someone’s joke. The idea of sharing something so vulnerable about me and having it met with either indifference or flat out hostility turns my stomach. But alternately, I had to realize that only sharing sadness is rough to whoever is on the receiving end.

Tangent aside, I have had a difficult time listing the things that I am capable of when setting up my assault on the job market. I figured I would try to make a list (and if you can think of anything that you feel I am capable of PLEASE let me know).

Things I Am GREAT At:

–          Talking to people: When someone isn’t being a megadouche, I have to admit that I enjoy speaking with people and hearing about their point of view.

–          Visual design: If I have a blogging theme to work with that allows me to customize things I am actually very proficient in making it appealing to people that would be frequenting it.

–          Sound editing: Being able to edit down a podcast or set up a theme song is not only fun for me, but it is exciting following a project from start to finish.

–          Adapting: Whether it is working on a webpage and figuring out how to set up a podcast or teaching myself how to use Windows Movie Maker, it is the problem solving part of my brain that fits things together like puzzle pieces.

–          Efficiency: Creating spreadsheets to make any job easier is an absolute joy for me. I cannot tell you all enough that my brain thinks in excel spreadsheets. I streamlined my job and I streamlined the compilation process of several projects and have made it so much easier to keep track of things in the future.

–          Writing: I enjoy writing, regardless of the amount of people that actually read it. Sometimes I get discouraged about it not being read by many, but knowing that the possibility of someone happening upon it is invigorating.

–          Appraisal: I have ideas for things when people approach me and I have the ability to offer critique or even offer a different perspective (even if I don’t agree with the perspective I’m giving).
… I’m sure there are more things that I am proficient in, but I just don’t know. If you can think of something, please please please let me know.

Every year I make a postcard to send out to everyone. Here is this year’s. 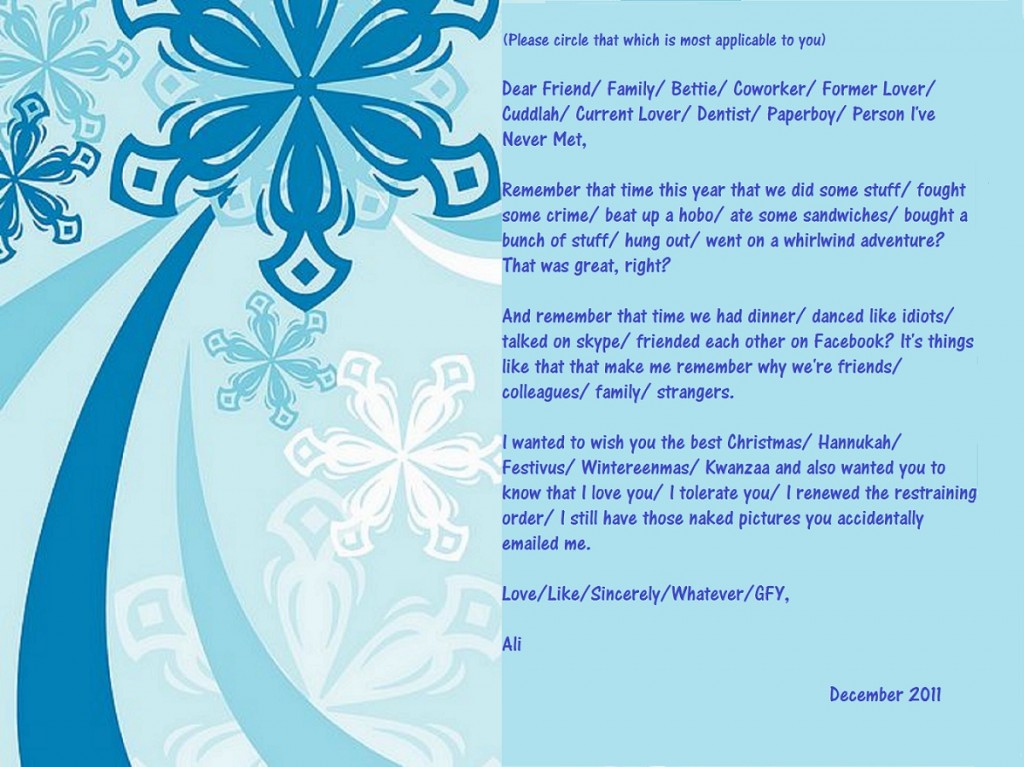 I hope you all have a fantastic holiday season and keep in touch! Much will be happening to me in 2012 and I would love to share it with you all!

… I am leaving my gas mask at home.

* (This post will probably not excite anyone but me)

I just tabbed a song that I barely know for a friend’s birthday in a few months. I’m so friggin excited I want to play it for them right now. I’m like Veruca Salt in reverse.

Granted… it’s in a completely different key than the actual song, but I had to tab it that way because an Emaj would kick my hypothetical dick off.

I guess it’s mostly because I have never changed a key and modified chords so that they would sound okay. Granted, it’s a very very simple version of the song but it’s the principal of the matter.

hmm… Maybe I’m more instrumentally inclined than I thought I was.

Sorry this is a really vague post, I just don’t want to spoil it. I am terrible with gifting. I immediately want to give the gift and have them see it, touch it, feel it, hear it, whatever it. 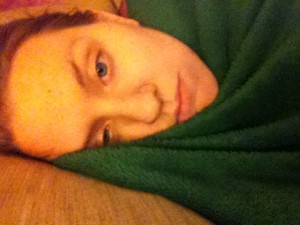 Sweet cuppin cakes this was a mistake. I haven’t written this much/posted this much EVER.

For all of you that have Black Friday off, Go Fuck Yourselves.

There are a lot of times in life where I have been given the opportunity to really send myself to a deep dark place and I luckily avoided much of that with a hearty laugh.

Sometimes I have “laugh battles” with friends. You fake laugh at them, they fake laugh at you, and then you continue on until the laughter is real. It helps.

It tells me things, has nifty little programs in it, allows me to mistext people and kept me sane during the power outages. That’ll do, IPhone. That’ll do.

My memory isn’t always that great, so the moments that I remember are always so vivid. It’s terrible. I can’t remember that it’s November, but I can totally remember a dream about a fox whose tail glowed every time you paid it a complement.

Memories are weird, but I’m very thankful for the ones I have! 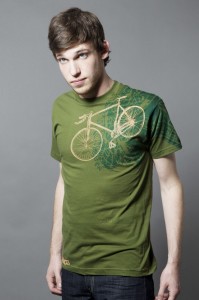 The 99% movement of occupying is encouraged and “supported” by people that I just know are going to be clamoring in the long lines at all of the big businesses on Black Friday. To me, that seems counterproductive.
Save the gas money. Buy something off of etsy.
Or better yet, head into any major city for the crafting bazaars that are happening. I know BUST is coming up in NYC in December and it’s two whole days. Better to celebrate people that are making use of their talent than those that are making bank on us anyways.

To get this amazing bike messenger shirt (and a crazy awesome zombie shirt), you should visit the BiasDesignLLC shop on Etsy. 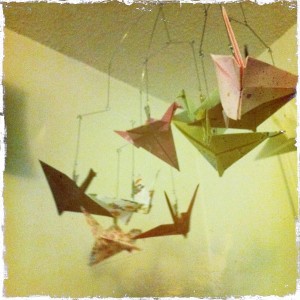 I love working on crafts, whether it be origami, stitching, knitting, crocheting, staring at clothing patterns and batman insignia cloth and realizing that I am a fucking adult and I really want batman pajamas…
I also love that my friends are incredibly crafty individuals. My friends that recently got married made the groomsmen lapel pins and a FRIGGIN TARDIS CARD HOLDER (the “C.A.R.D.I.S.”). Another friend is making custom Walking Dead inspired hoodies. Another friend is embroidering handkerchiefs for her friends that are getting married. Another friend is working with chainmail.
I know some talented assholes. 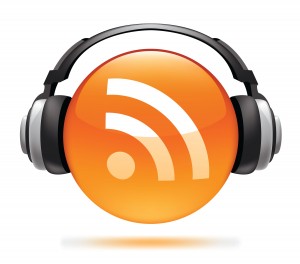 With the Internet growing at an amazing rate, the thing that makes me the most happy is the idea that people just want to connect to other people and they don’t put a price tag on it.
(Okay, some of them are now… but they should.)
Through podcasts, I have listened to, met, emailed with, twitter battled all of these amazing people. The Internet has turned the world into one big community, and it makes me so happy when people from other countries (and the US) send me emails thanking me for being an idiot. We have such lovely people listening to the podcast and it thrills me to be able to understand WHY they listen. I, after all, am a listener as well.
During my job I have a lot of time to myself. It’s one of the reasons I’m still there. Putting a podcast in my ears makes me feel like I’m eavesdropping on a conversation that is funny to me. I am finally coming to the realization that I enjoy listening to people talk about history and I don’t have the knowledge to talk about it myself. Listening to informational and researched podcasts are incredibly interesting to me.